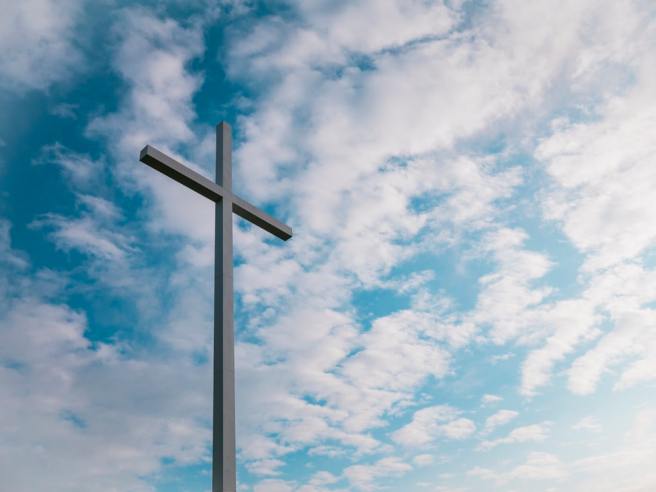 I have been reading in Romans this month.  It is one of my favorite books.  (I invite you to read a series on the book of Romans that I posted on my blog a while back.)

I began to read the first verses of Romans 4.  But that is not where I ended up.  I took a journey back to the Psalms to find some great reminders of God’s grace through faith in Jesus Christ.

In context, Paul is writing of “the blessedness of the man to whom God credits righteousness apart from works.”  This is what God did for Abram in Gen. 15:6, which Paul mentioned in Rom. 4:1-6.  It is indeed a precious gift that is freely given to those who trust in Jesus Christ for their salvation.  I believe this change in status is irreversible.  This is often referred to as the great exchange: Jesus took the penalty for our sins and gave us His righteous standing before Almighty God.  This righteousness that is ours by faith in Jesus Christ leads the Apostle Paul to conclude later in Rom. 8:1, “Therefore, there is now no condemnation for those who are in Christ Jesus.”

As you may already know, the Apostle Paul quotes the Old Testament quite frequently, which is a topic I enjoy greatly.  When I read Rom. 4:7-8, I saw that Ps. 32:1-2 was quoted:

Blessed are they whose transgressions are forgiven, whose sins are covered. Blessed is the man whose sin the Lord will never count against him.

I had to stop.  I felt led to take a look at Psalm 32 a little closer.  I made a few observations.

King David uses several terms in verses 1 and 2 to describe how amazing it is when one fully understands that he or she is completely forgiven by God: “transgressions are forgiven . . . sins are covered . . . sin the Lord does not count against him.”

This status of being forgiven of ones sins was short-lived by the Old Testament believers in Yahweh, in accordance with the system of blood sacrifices which had to be done repeatedly and did not truly take away their sins.  (See Heb. 10:4).  These sacrifices provided temporary covering of sins.  It fell far short of the full atonement that followers of Jesus would experience when they were born again.  This state of forgiveness was enough to maintain a relationship with Yahweh, but it was incomplete by design, to point to Christ’s once-for-all sacrifice for us on the cross.

David then moves forward in Ps. 32:3-5 to describe a personal experience he had when he was faced with the depths of his own sin in light of God’s forgiveness.  I believe he mentioned this so that no believer, including himself, would ever take God’s grace and mercy for granted.

In verses 3-4, prior to David’s repentance (which brought him great rejoicing in v. 5), he felt guilty about his sin, and rightfully so.  Perhaps this was what he sensed after committing adultery with Bathsheba and having her husband sent to the front lines of battle to be killed.  Whatever his sin was, before he dealt with it through confession, he said that his bones were wasting away.  He groaned all day long.  He felt God’s hand was heavy upon him.  This was not God’s mighty hand of protection that David often spoke of, but God’s Spirit laying conviction on his heart.

When he could take it no more, David acknowledged his sin to the LORD.  He did not cover it up.  He confessed it and received God’s forgiveness.  His guilty conscience was at peace.  This is reminiscent of what the Apostle John taught Christ-followers to do in 1 John 1:9 when we sin.

What stuck out to me in this passage was the contrast between what God does and what man does.  In verse 1, David mentions that God covered his sins.  This is what atonement means.  God covered their sins so that He no longer saw them.  Only God has the authority to do that.  But before confessing, David tried in many ways to cover his own sin.  He had no authority to do that.

Meditating on Psalm 32:1-5 helped me to better understand what the Apostle Paul was arguing in Romans 4 about the righteousness that is freely given to all who have faith in Jesus Christ.  I went back to Romans 4.  Before I continued, I noticed that I had written another passage in the margin next to verses 7-8.  It was a parallel passage about the blessedness of God’s forgiveness.

Psalm 103 was also written by King David.  Like the previous one, Ps. 103:11-12 also describes the full extent of God’s forgiveness.  However, David does not focus on his personal experience in this blessed state.  In contrast, he uses a little bit of math and science to get his point across.

For as high as the heavens are above the earth, so great is his love for those who fear him; as far as the east is from the west, so far has he removed our transgressions from us.

This picture of God’s love for those who fear Him going in a vertical direction farther than the eye can see, combined with the idea of our sins being removed in a horizontal direction as far as you can possibly go on this planet reveals the greatest demonstration of God’s love and forgiveness.

When you put the vertical and horizontal lines together, what do you get?  A cross.  Hallelujah! 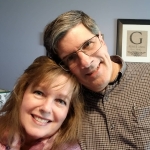 Master Sergeant Russell E. Gehrlein (U.S. Army, Retired) is a Christian, husband of 39 years, father of three, grandfather of four, blogger, and author of “Immanuel Labor – God’s Presence in our Profession: A Biblical, Theological, and Practical Approach to the Doctrine of Work”, published by WestBow Press in February 2018. He received a B.S. in Mathematics from Colorado State University in 1980 and an M.A. in Biblical Studies from Grand Rapids Theological Seminary in 2015. He is also a former junior/senior high school math and science teacher and youth pastor. Russ currently works as a Department of the Army civilian at Fort Leonard Wood, Missouri.